ABOUT THE SFO FILES WEBMASTER 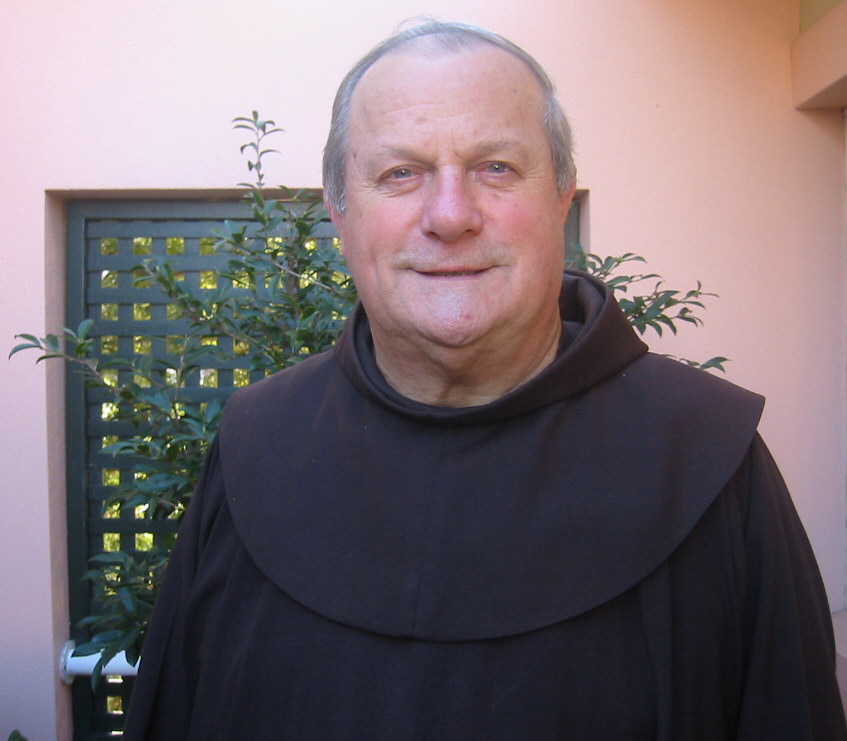 Fifty years ago, I first heard of the Third Order of St Francis. Fr Kiaran O'Connell OFM, Provincial Promoter of Vocations, mentioned it when he explained the Franciscan Family to me on my first visit to him at Waverley NSW.

I asked Fr Kiaran whether I could join the Third Order, but he said, "Let's see first if I should guide you to the Tertiaries or to the friars, then you'll know what to do."

I heard no more about the Third Order until I picked up a pamphlet in my first year of studies after the friars' novitiate. "Hidden Power" was an engaging presentation of the Third Order. I sent a copy of it home to my mother who acted upon it and joined the Third Order Fraternity at Concord.

Not until my last year in Theology did I hear of the Third Order again. Our Student Master, Fr Christopher Goulding OFM, gave us a talk introducing the Third Order Secular of St Francis. I warmed to the topic and asked Fr John Keane OFM for some literature. Fr John was the Spiritual Director of the T.O. Fraternity who met once a month at St Paschal's College, Box Hill, Victoria. However, we students had no contact with the Tertiaries.

Two years after ordination, in 1965, I was appointed Editor of the Franciscan Newsletter out of an office in the OFM Provincial Office, Waverley. At that time, the Third Order in Australia was adapting and renewing itself by implementing the teaching of the Second Vatican Council with regard to the laity. One of my tasks was to write up and publish the arduous efforts of the leaders, in particular Tony Young, Maureen Hastings and Peter Keogh. I was deeply impressed by their commitment and by their efforts to form one secular Franciscan Order out of the three Franciscan Third Orders in Australia.

I was even more impressed by the dedication of a group of Waverley Tertiaries who helped me every second month for seven years to wrap hundreds of copies of the Franciscan Newsletter and to prepare them for posting. Nancy Treacy headed a fine team of men and women who made a lifelong impression on me because of their genuine Franciscan spirit. I consider my association with them as one of the most formative and decisive experiences of my life. Unknown to them, they convinced me of the value of the lay Franciscan way of life.

In 1975, I was appointed to St Anthony's Friary, Singapore. Some local boys showed interest in the friars, so Brother George Boggs OFM and I offered them the Third Order. The local Fraternity of St Elizabeth of Hungary developed out of this vocational group. It was my first experience as Spiritual Director of a T.O. fraternity.

In 1978, I was appointed to St Francis Retreat House, Auckland, New Zealand. There was a Third Order Fraternity that met at the Retreat House and I was appointed Spiritual Director. That was the year of Pope Paul VI's Rule for the Secular Franciscan Order. As one of the friars giving retreats to the laity, I had many opportunities to invite retreatants to attend a series of Franciscan talks that I was giving on Sunday evenings. These talks soon developed into initiation into the Secular Franciscan Order. In the course of six years, four new local Fraternities were formed. In line with the new Rule's structures, I was their local Spiritual Assistant and Regional Spiritual Assistant to the SFO in New Zealand.

I spent the maximum of twelve years as General Assistant, maintaining an office in the OFM General Curia, making pastoral visits to nearly a hundred National Fraternities, and attending national elections. It was an extraordinary experience, for which I will be eternally grateful.

In December 2003, I decided to launch a web site, SFO FILES, for the ongoing formation of Spiritual Assistants. Its original address was: www.angelfire.com/oz/sfo, which was transferred in August 2004 to the OFM Province's web site: www.franciscans.org.au/sfo .

I was delighted by a write-up of SFO FILES  in Church Resources, in June 2005:

The title is more intriguing than illuminating, and Franciscan webmaster Carl Schafer warns that we will find the site 'too specialized ... simple and unadorned'. That's usually a sign that a site contains hidden treasures, and this one does. It's the Australian site of the Secular Franciscans (SFO), and it offers information, texts, and PowerPoint presentations on topics such as St Francis of Assisi, ecology, Franciscan spirituality, and the SFO itself, including lay vocation messages specifically targeted at youth, middle-aged, and retirees.

Actually, it's not the Australian site of the SFO, whose address is: www.secularfranciscansoceania.com.au/  Rather, it's the web site of the current OFM National Assistant to the SFO in Oceania, reaching out to Spiritual Assistants in particular. I hope that you find it helpful.